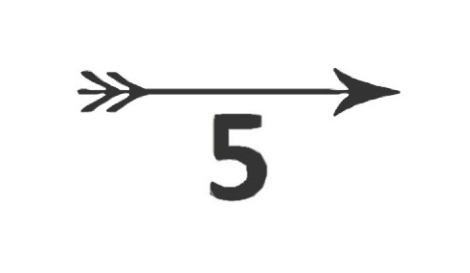 To provide quality medicine at affordable prices, always placing the patients needs above the owners wants.  Combining approachability and professionalism to a degree in which all feel comfortable in discussing needs and wants.

Why the name??  Arrow 5 was Dr. Bryant's maternal grandfathers brand. He owned a 1800 acre cattle ranch in Lake County, Florida. Paul retained the brand for his personal cattle and horses. His grandfather hated veterinarians, so Paul's tribute to him was to name his veterinary practice after him!  His grandfather's favorite saying about veterinarians was "Vets bury their mistakes and charge you for it!".  We are doing our best to change this reputation.

Paul grew up in Ocala, Florida, where he was actively involved in 4-H and High School Rodeo (State Champion Team Roper 1993). Upon graduation from high school, Paul attended Central Florida Community College where he received his AA degree in 1995.  During this time, Paul worked as a Veterinary Technician/Receptionist/Kennel Boy.  During these experiences Paul was introduced to the Thoroughbred world as well as Small Animal Medicine.  Paul realized his future lay in veterinary medicine.

After graduation Paul entered the University of Florida College of Veterinary Medicine, where he received his Doctorate in the Spring of 2001. This as an impressive achievement, to receive a doctorate 8 years out of high school.

Paul chose to move to Okeechobee following graduation from Vet School because of his desire to move away from absent-owner veterinary medicine and work more closely with the animal owners.  Additionally, Paul wanted to be involved in the Florida Beef Industry on a larger scale than Marion County allowed.  Paul was offered a position in an established Okeechobee practice, where he integrated himself into the local industry.

Paul's greatest achievement arrived January 22nd, 2006 when Paul Dalton Bryant III was born, 43 days after the passing of Paul Dalton Bryant Sr. "Dalton" lives between Palm City with his mother, and Okeechobee with his dad.  Dalton is actively involved in football and basketball. Paul is currently trying to persuade him to become involved in the horse world!  Paul and his fiance Courtney have their work cut out for them to convince Dalton that horses are more than just work! !

In August of 2014, due to a professional impasse, Arrow 5 Equine was born.  We are excited to bring to life this new Veterinary Practice.  Our goal is to provide quality medicine at affordable prices with the same service and professionalism that Paul has provided to the industry for the last 13 years.

Arrow 5 Equine is proud to represent our affiliate company of Northlake Veterinary Hospital, founded by Jay Stinson, DVM.  Paul and Jay attended the University of Florida at the same time and Paul introduced Okeechobee to Jay as a future home.  Since Jay moved to the area in 2003, Jay and Paul have planned on one day being partners in a Veterinary Hospital. We are excited to see what the future holds, with respect to bringing this endeavor come to fruition.
Powered by